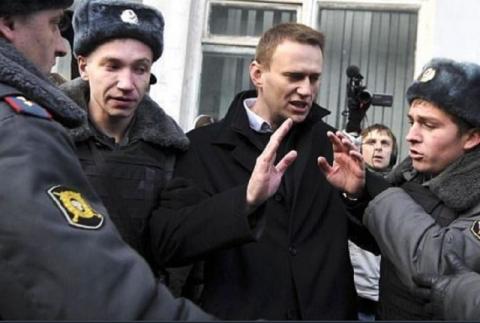 Russian opposition leader Alexei Navalny announced his release from jail Sunday by posting a selfie on Instagram and offering an upbeat account of his time behind bars.

Navalny uploaded a picture of himself leaving the detention center after 20 days in jail, saying he had read 20 books, learned several words in the Kyrgyz language and drunk 80 liters of tea.

"Ready for work," he wrote before announcing a rally in Astrakhan, a southern Russian city on the banks on the River Volga.