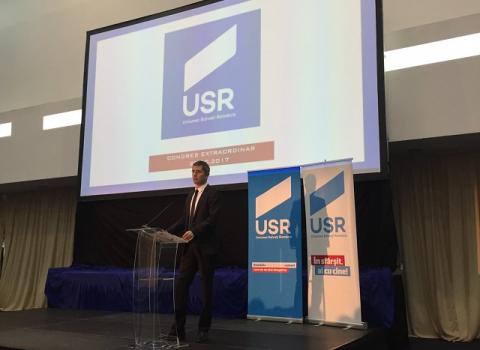 Romania's third political force in parliament, the Save Romania Union, an anti-corruption political faction set up in mid-2016, has chosen On Saturday its second leader in six months, after its president and founder resigned from the party in June due to a row on gay marriage.

Dan Barna, Save Romania Union's former spokesman, was voted by 127 representatives, a large majority of the delegates who showed up at the party congress, which took place in Poiana Brasov mountain resort.

Barna is part of the party's liberal wing that advocates a centre-right ideology. Alexandrescu represents the progressives in the party, supporting a centre-left ideology.

Seidler, a supporter of conservative party founder Nicusor Dan, and his supporters announced on Friday that they would boycott the internal elections and would contest the result in court, accusing the two rivals of irregularities in selecting the delegates allowed to vote at the congress. They said the Bucharest branch has too many representatives.

The party has been in turmoil since Dan's resignation, especially due to a lack of consensus over its ideological direction.

Dan resigned from the party on June 1, after the leadership decided that all its MPs should vote as a bloc against modifying the constitution to fit the conservative definition of marriage as the union between a man and a woman. Dan wanted to allow the party's MPs to vote according to their personal stances.

The Save Romania Union was the surprise of the December 2016 legislative...