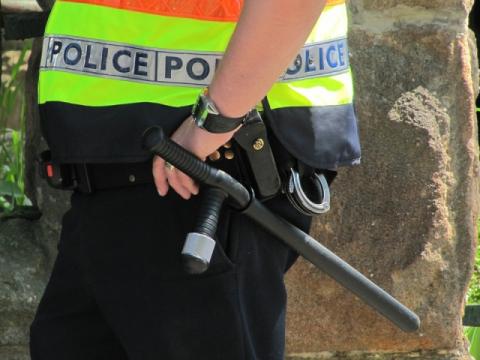 Italian police have seized 24m pills of the painkiller Tramadol that they suspect were destined for sale by Islamic State to its fighters in north Africa and the Middle East, reported the Guardian.

Batches of the synthetic opiate, used by Isis fighters to suppress pain and boost resilience, were intercepted in the Calabrian port of Gioia Tauro en route to Libyafrom India, with the help of agents from the US Drug Enforcement Administration.

Police suspect that the haul was part of a narcotics trafficking ring destined to be sold by Isis to its fighters for about €2 (£1.80) a pill, potentially netting the terror group almost €50m.

Gaetano Paci, a prosecutor for the anti-mafia district directorate in Calabria, suggested there could be links between Isis and the powerful mafia organisation 'Ndrangheta, which has its stronghold in the region. Gioia Tauro port is well known for the huge quantities of drugs, particularly cocaine, found there.

"Everything passes through Gioia Tauro, so it comes as no surprise to find a trafficked substance of this kind there," Paci told La Repubblica newspaper.

"For a while we have known about ties between 'Ndrangheta and organisations in the Middle East. Even if the port has become a less secure zone for the clan, thanks to the pressure from investigations, we have traced some trafficking links and are trying to put the dots together."

Owing to its cheap price and potency, Tramadol dependency has reached crisis levels in much of Libya and Egypt. Use of the drug, normally only available on prescription, is also rampant among fighters of the Nigerian terror group Boko Haram.

Similar shipments of Tramadol were intercepted in the northern port of Genoa in May, and in Greece last year.

All Anadolu Agency staffer released after detention in Egypt