UK’s Somerset Police dragged a child into Court for the “Hate Crime” of calling the man who raped a slur! 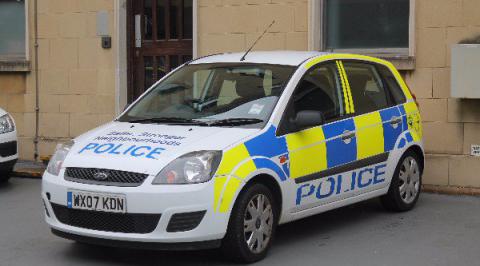 Police in Somerset are reported to have neglected the plights of child rape victims in cases where the rapist was Muslim.

In one incident, a victim of serial child rape was dragged before a court for the “racial abuse” of her rapist. The case involved two Turkish immigrants who had groomed six girls between the ages of 14 and 15. The men, Ahmet Kurtyemez and Mehmet Citak, were sentenced to 12 years and 20 years in jail for sexual offenses committed in the area.

A report commissioned by the Somerset Safeguarding Children Board (SSBC) stated that there were at least 14 missed opportunities for the two men to be brought to justice, and criticized social services for refusing to investigate concerns raised by the victims when they repeatedly got pregnant.

The case review looked at two girls whose cases date back to 2010. The duo told investigators that they thought they were in relationships with the adult men, who ran a barber shop and piercing studio in Yeovil.

The report discovered how possible signs of abuse were missed by authorities whose job it was to safeguard children, including an occasion when a 15-year-old girl had an abortion. It also revealed another girl who was visited by one of the men when she was an inpatient at a mental health hospital in Somerset, and became pregnant again.

Worst of all, the report highlights the case of one girl who was wrongly taken to court for allegedly hurling racial abuse at her rapist, while the man got off scott free and wasn’t investigated until years later.

While her rape, and the rapes of the other girls were ignored, police and social services in Somerset were more concerned about appearing politically correct by giving priority over to the so-called “hate crime.”

The report in question, which can be found on the SSBC’s website provides an account of the miscarriage of justice:

In mid-July 2011 police intelligence indicated that perpetrator A had sex with children as young as 14 years old and also mentioned the relationship with 16 year old Child Q. The intelligence was disseminated to CSC and police departments. The next month, perpetrator A reported being verbally and racially abused by Q and she was prosecuted, although found not guilty at a subsequent trial. (p. 16)

However, in November 2011, perpetrator A complained to the police that 16 year old Q was verbally racially abusing him. She was charged and at a later trial found not guilty. By this stage Q had disclosed to police her sexual relationship with perpetrator A, and a police investigation had been initiated, but following her retraction the investigation was filed as no further action. (p. 58)

The report states that the rapist, identified as “Perpetrator A”, was 29 years old in 2011. His victim was 16-years-old. During an investigation into the so-called “hate crime,” police discovered further evidence that the man was sexually abusing the victim. They were also aware of previous allegations against him and even found child pornography of the girl on his phone.

Also, in the search of perpetrator A’s property, indecent images of Q were found on A’s telephone (p. 16).

Moreover, at the time of the incident perpetrator A was in the street with 6 teenage girls, which should have been viewed as a cause for concern, given the history of allegations known to police. (p. 58)

However, the police chose instead to prioritize the alleged “hate crime” of her allegedly calling him a racial slur, over the repeated incidences of rape and child sexual exploitation.

The police report for this serious case review suggests that on occasion police officers were confused over what was the most important issue to deal with, with the alleged ‘hate’ crime overshadowing the real offending taking place around [child sexual exploitation]. Hate crime is seen as a high priority offence that requires robust action, and the response in isolation would be correct, but not when placed in the context of the wider picture already known to the police (p. 58)

The prosecution of victims of [child sexual exploitation] for alleged ‘hate’ crimes against the very people already known to have abused them is a further abuse of the victims, and will undermine any trust they might have in authorities. (ibid.)

Somerset Police may not have learned from its failure to investigate the terrible crimes. Its police force is the stock of mockery on social media, where it routinely threatens Internet users for “hateful comments” right after it posts pictures of its officers sporting painted fingernails for causes like Anti-Slavery Day. Slavery was abolished in the UK in 1833.

Hateful comments will not be tolerated. Repeat offenders will be blocked. Any hate crimes reported will be taken seriously.