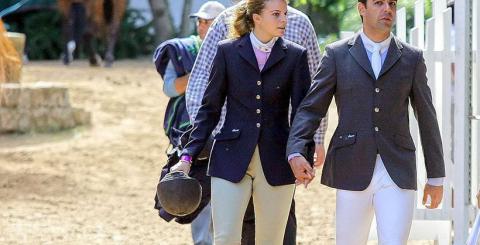 According to the report, the lawyers of Athina Onassis presented irrefutable evidence to the court provided by the Onassis family’s longstanding associate Alexis Mantheakis that proved beyond any doubt that during the couple’s 11-year-marriage, Doda was living a double life and in an illicit relationship for over 8 years with a Belgian call-girl.

According to the German site, apart from the 11 million dollars included in the prenuptial agreement, Alvaro was also demanding a monthly alimony of 350,000 dollars, some horses, and houses that had been acquired during their married, with the total value amounting to 400 million dollars.

The Belgian attorneys of Athina Onassis said the amount Alvaro would eventually get was less money than what he was initially demanding.

In his book “A Doll Made of Steel,” which will be released before Christmas, Alexis Mantheakis makes reference to the Belgian call girl who had been dating Alvaro, as well as the extent of Alvaro’s positive and negative influence on Athina.