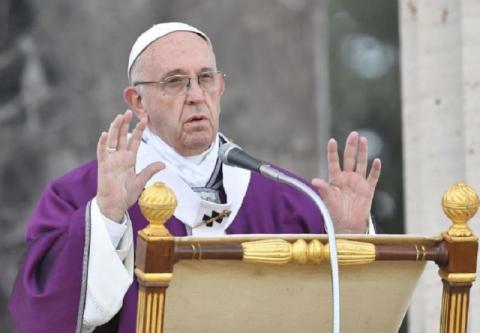 Pope Francis has issued an order to ban the sale of cigarettes on the Vatican's territory in 2018, Curia spokesman Greg Burke said on Thursday.

The decision refers to World Health Organization data, according to which more than 7 million people die annually because of smoking. According to the Pope, the Holy See can not cooperate in practice, which clearly damages the health of the people. The prices at which cigarettes are currently sold in the Vatican are significantly lower than those in Italy. Employees of the Holy See have the right to buy five stacks a month and many Italians are asking their acquaintances working in the Vatican to supply them with cheap cigarettes, Reuters notes.

Burke admitted that cigarette trade earned revenue on the Holy See, but stressed that "no profit can be justified by the cost of people's lives." According to him, the sale of cigars in the Vatican will be allowed at least for a while because their smoke is not inhaled. The Vatican is one of the few countries in the world to have banned smoking on its territory. In Bhutan, where smoking is believed to harm human karma, the sale of tobacco products was banned as early as 2005, Reuters said.

India and Bulgaria to Sign MoU to Promote Tourism

India, China agree to pull back troops from border confrontation