FT: Bulgaria is Chief Candidate to Join the Euro but There's a Hitch 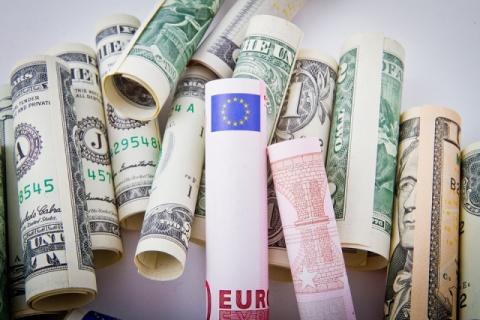 It's a mark of the reversal in fortunes in the eurozone that talk in Brussels is turning to expanding membership of the single currency club.  Having survived multiple Grexit threats and hauled itself out of a low-growth trap, the European Commission wants to welcome the euro outsiders in. Bulgaria is the chief candidate to make the euro-19 turn 20.

Having met with Boyko Borisov, Bulgaria's PM, in Brussels yesterday, Commission president Jean-Claude Juncker threw his weight behind the euro's potential newest member state: "I have to say bluntly that Bulgaria is ready."  Brussels insiders are confident Bulgaria can make the grade and show the euro project is truly back on track. On paper, the country has plenty going for it. Its currency has been pegged to the euro since 1999 (ceding control over its exchange rate) and the government's public finances are in healthy shape.

At 29 per cent, Bulgaria's debt-to-GDP ratio is less than half the required criteria and its budget is in surplus by a Germanic 1.6 per cent.  Mr Borissov, a member of the European centre-right family that includes Mr Juncker, has said his government will apply to join the ERM-2 exchange rate mechanism — the euro's two-year mandatory waiting room by the end of the year.

But there's a hitch. Outside the Berlaymont, there's less enthusiasm to allow the EU's poorest member state into the fold of economic and monetary union — considered the high watermark of European integration. Sceptics note that euro membership should be more than an exercise in economic box-ticking.

Bulgaria is ranked as the most corrupt country in the EU, according to Transparency International. By the commission's own admission, the government's biggest challenge is tackling high-level corruption and...