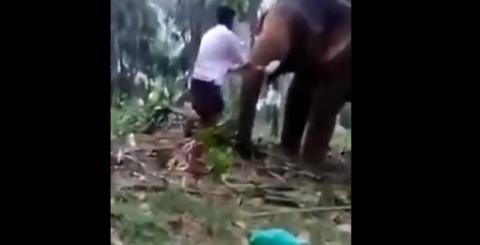 This is the moment a teenager was flung through the air by a furious elephant after he tried to climb up the large animal’s trunk. The lad was apparently attempting to recreate a scene from an Indian blockbuster Baahubali where the hero runs up an elephant’s trunk onto his back. The video was apparently streamed live on Facebook by his mates and shows him tempting the elephant with some leaves. But when he grabs its trunk the animal flings him through the air, leaving the teen unconscious in a heap on the forest floor, in India.

Vučić is co-chairing, guests are arriving, the program starts at 09.30 VIDEO
Rare Mughal era eyeglasses up for sale

UK ends self-isolation for vaccinated people from countries including Turkey

More than 5 Million Have Died from COVID-19 Worldwide