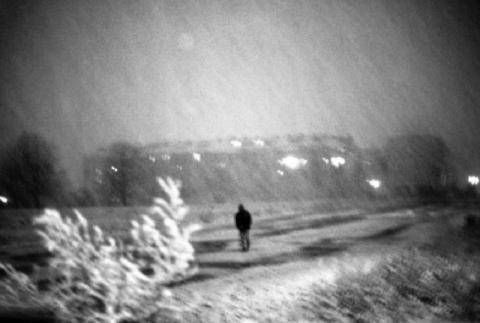 The snowfall and cold weather, which covered the northwestern part of the Balkan Peninsula on Monday, caused serious problems in Slovenia, Croatia and Bosnia and Herzegovina. Croatia was covered by a snowstorm on Monday, which led to a stop in ferry traffic and caused chaos on the roads. The areas around Capella, Slim and Gorski kotar were the most affected, reports actualno.

Authorities have warned of the danger of landslides, the movement of lorries with trailers is forbidden. The Pasay checkpoint at the Croatian border with Slovenia was closed, reported the Skopje TV channel A1 On. The situation in Slovenia is also complicated by the bad weather. The traffic on the Ljubljana-Koper route is difficult. Snow fell in Sarajevo on Monday, but meteorologists warn that the rainfall will increase and will cover the rest of the country. Expectations are for the formation of about 15 centimeters of snow cover. Temperatures dropped sharply, and in the capital of Bosnia and Herzegovina fell below zero. A yellow warning code remains in force in the country, FOCUS reported.

At the same time, a red warning code is still in force in Montenegro because of heavy rains, strong winds and thunderstorms. The alert is valid throughout the country. Cloudy and cold weather covered also Serbia. Mountains and high parts in the southwest of the country are expected to have snow.