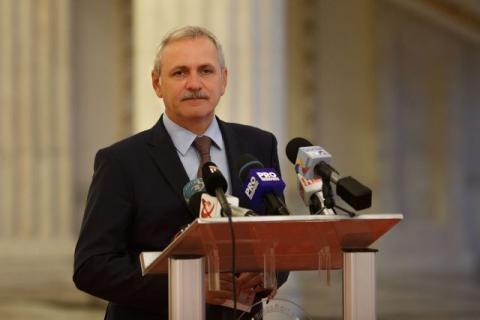 Romanian anti-graft prosecutors froze the assets and accounts of nine people on Tuesday.Among them was ruling Social Democrat Party, PSD, chief Liviu Dragnea, who has been under lengthy investigation for fraud involving EU funds by the European Anti-Fraud Office, OLAF.

The National Anti-Corruption Directorate, DNA, could not confirm full details before notifying all people involved, but Dragnea said he had been called by the prosecutors to show up in person.

On November 13, after a two-year OLAF inquiry, Dragnea was placed under investigation by the DNA for allegedly setting up a criminal network that used an infrastructure company he controlled through bearer shares to embezzle over 27 million euros from 2000 onwards.

"I'll go [to the DNA] to receive the notification of the freeze. They will probably soon freeze my life too," he told journalists in parliament on Tuesday.

Dragnea also said that he is a scapegoat and that he is being used as a means by which to pressure the Social Democrats to scrap a controversial justice reform bill.