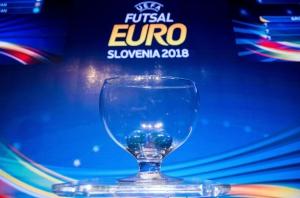 The competition will take place between 30 January and 10 February in Ljubljana, with two matches back-to-back on each match day at Arena Stožice. Tickets are available in two categories, €7 and €5, one ticket valid for both matches on that day. The first person to buy the tickets was the UEFA President Aleksander Čeferin who bought it for the opening day.

UEFA President Aleksander Čeferin was not able to attend the press conference, but sent the following message: