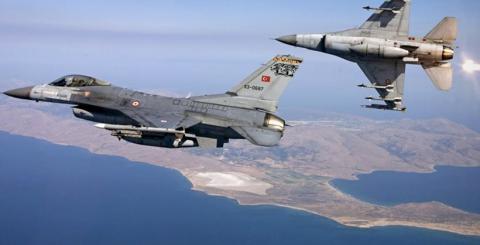 In what could be considered a quiet night in comparison to previous cases, four Turkish F-16 fighter jets violated Greek airspace 8 times on Wednesday. According to the Hellenic National Defence General Staff, two of the aircraft were armed, and the interception by Hellenic Air Force jets led to a dogfight. A CN-235 reconnaissance aircraft also infringed Greek airspace during the day. The Turkish planes entered the south-east, north-east and central Aegean Sea, which were all intercepted by Greek planes.