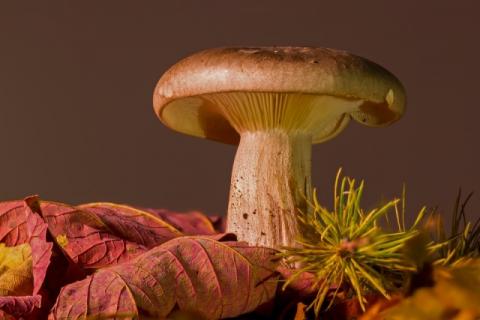 France has found traces of radioactive cesium on mushrooms imported from Russia, the head of French nuclear regulator ASN said on Thursday, quoted by Reuters.

ASN chief Pierre-Franck Chevet told the French senate that following the discovery of a cloud of radioactive pollution coming from Russia in October, levels of radioactive ruthenium 106 in the air had posed no safety threat to French citizens, but that controls on food imports had been strengthened.

"The latest information I have is that it seems that traces of cesium have been found on mushrooms that would have come from Russia," Chevet told Senate hearing on nuclear security.Officials at French consumer protection agency DGCCRF were not immediately available for comment and the ASN did not immediately respond to request for further detail.

In recent weeks, France has imported chanterelle mushrooms from Russia which are on sale in supermarkets in Paris.

Chevet said the cesium traces did not appear to be in line with the calculations by French nuclear safety institute IRSN, which on Nov. 9 said it had detected unusual amounts of only ruthenium 106 in the atmosphere.

"There is a contradiction between what has been measured and what has been calculated by the IRSN. Work is continuing," Chevet said.

Scientists have said the presence of ruthenium without other radioactive elements would indicate there had probably been a spill of ruthenium rather than a bigger nuclear accident.

Mayak has denied that its plant was the...