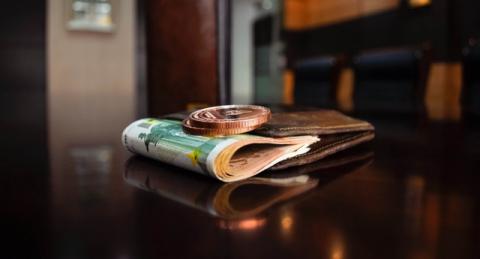 For an asset often named in tandem with drug trafficking and the dark web just a few years ago, it's hard to imagine that optimism surrounding Bitcoin's potential legitimacy could take the asset to more than $11,000 in value as of Wednesday, writes Time.com

And yet, here we are, with the price of Bitcoin up more than 900% in the past 12 months. Bitcoin's early use as a way to buy and sell illegal goods via the now defunct online black market Silk Road was once a defining feature of the cryptocurrency. Now it's just a rebellious phase of the Bitcoin's growth story.

Recent interest in Bitcoin from institutional investors has certainly given its narrative a different tinge. Earlier this year, the world's largest futures exchange, the Chicago Mercantile Exchange, said it would offer Bitcoin futures due to demand from its clients. Bitcoin investors took it as a good sign. The introduction of futures would in theory increase the number of institutional investors in the Bitcoin world — thereby increasing the market's liquidity and stability. Meanwhile, the Nasdaq and Cantor Fitzgerald are also reportedly planning their own Bitcoin futures exchanges.

So what if an investor had gotten in on the Bitcoin bet before the CME decided to offer Bitcoin futures? Well, if you had decided to go onto a Bitcoin exchange and buy some $100 worth of Bitcoin a year ago, it would be worth about $1,382 today, with Bitcoin prices resting at about $10,255 (Bitcoin exchanges such as Coinbase allow users to buy a fraction of a Bitcoin).

Don't get too excited though....