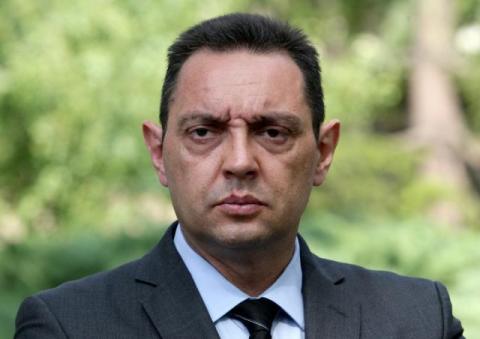 On the occasion of the Day of Military Veterans, Defense Minister Aleksandar Vulin said that this date should be marked as Day of the Warrior in the future.

"Every country has a day to celebrate those who fought for it, Serbia needs it, and we have a war history that we are proud of," Vulin told RTS, Beta reported.

With this he "reiterated his earlier commitment that Serbia will have a day that will be dedicated to all the warriors who fought for our country."

On the other hand, military veterans on this occasion told Vulin that they do not need a day to mark, but a law, the report said.

"We have several laws that are dedicated to military veterans, and laws need to be sublimated. While I was minister of Labor, Employment, Social and Veterans Affairs, we drafted such a law, and then came elections, and more elections ... and I'm sure Minister Djordjevic will get into it," Vulin said.

Military Veterans Day - December 4 - was marked for the first time in 2015.

On December 4, 1912, ceasefire was signed in the First Balkan War, and about 400,000 soldiers of the Army of the Kingdom of Serbia became "old warriors," that is, veterans.

Juric: The "Amber Alert" system to be introduced as soon as possible

Loncar: We have proved that we are a serious state