Robbie Williams was in Intensive Care for a Week 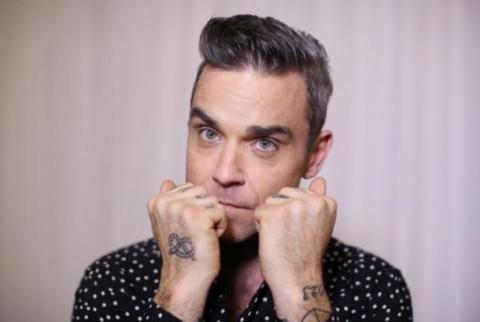 British pop star Robbie Williams explained in an interview with London's Sun that his Heavy Entertainment Show tour was interrupted in September because doctors have found "anomalous formations" in his brain. The singer spent seven days in an intensive ward, after doctors discover anomalies that resemble clots.

He then canceled the dates of his tour in Russia, and later it became clear he had been hospitalized.

The problem arose during a concert on September 2 in Zurich, and the cancellation of the rest of the tour dates was reported on September 5 with an explanation that he had health problems.

The doctor who examined him behind the scenes considered the tour could continue. Williams now says that despite the doctor's assertions, he felt very bad:

"My left hand was paralyzed and my mouth was not filled with saliva, my head was aching, I had breathing problems, and I could not get my full breath."

So he decided to make a detailed medical examination in London, where they found "some anomalies, including something that resembles a clot in my brain." It was very scary, the singer remembers.

After leaving the hospital, he stayed for two months at his Los Angeles home, but even a flight through the Ocean had to be reviewed again to allow him to board the plane.

Robbie Williams has abused alcohol and drugs, he told Sun that what happened made him rethink his life:

Sixth Coronavirus Victim in Bulgaria, the Number of those Infected has Reached 331

On Sunday, March 29, Bulgarians will Move to the Daylight Saving Time