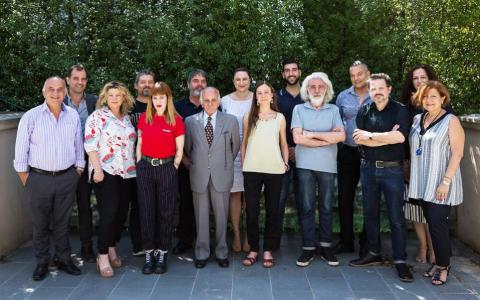 The Melbourne-based Greek community newspaper Neos Kosmos celebrated its 60th anniversary with a special birthday edition published on December 7, illustrating its enduring appeal despite the challenges of the digital age.

"There is a personal relationship between the readers and the paper," editor in chief Sotiris Hatzimanolis told Kathimerini ahead of sending the anniversary edition to print.

The readers of Neos Kosmos - which comes out every Monday, Thursday and Saturday - tend to be aged over 50 and still send letters to the editor or call its offices to comment on stories. The most recent hotly contested topic was November's referendum on same-sex marriage. "They called to express their opposition, but that didn't stop them buying us," said Hatzimanolis.

Neos Kosmos was founded in 1957 by Dimitri Gogos and was considered quite radical in its early days. ...