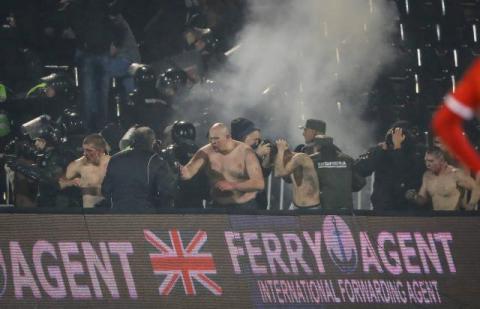 26 persons were detained late on last Wednesday, while a number have been injured during the violence that broke out at the Partizan-Red Star football match. A large scale fight broke out in Partizan stadium's south stands, resulting in the police escorting a group of battered young men, some of whom were stripped naked, outside the venue.

Unofficially, two groups of Partizan supporters fought among themselves, in an attempt to establish "supremacy in the stands."

The Interior Ministry (MUP) announced this on Thursday, adding that it was ordered by the prosecution to identify the persons who took part in the incidents.

Among those injured in the fighting in Belgrade last night were several foreign nationals, the MUP said.
Unofficially, they came from Croatia, Greece, and Macedonia.

Three of the six Croats detained for taking part in a mass hooligan...