Leonardo DiCaprio with a Position in Support of Pirin 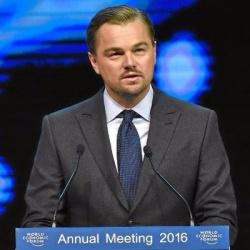 A day after Jared Leto sent a letter to Prime Minister Borissov about the fate of the natural park, a position was taken by DiCaprio through his foundation.

In Twitter, the organization called "DiCaprio Foundation" shared the WWF campaign for Pirin, which wants to warn Borisov about the dangers of expanding the ski area in Bansko.