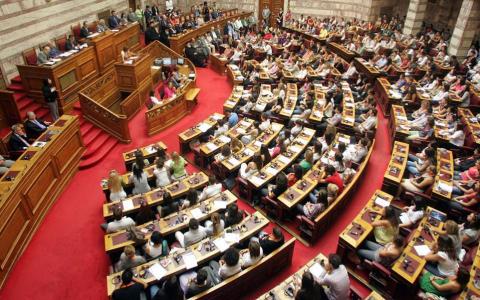 It is sometimes ignored that as head of SYRIZA, Alexis Tsipras does not enjoy an absolute parliamentary majority. His leftist party only controls 144 seats in the 300-seat House, although he does have the backing of nine MPs from the right-wing populist Independent Greeks party (ANEL).

Together, the 153 deputies make a tissue-thin majority, especially when taking into account the measures that they have had to vote through.

Looking at the outcome of the January 2015 election, Tsipras only managed to win a minority of 149 seats. He had to reach out to ANEL leader Panos Kammenos to form a government.
The administration of former conservative prime minister Antonis Samaras was also the product of a political alliance, as his New Democracy party had to work with socialist PASOK and (albeit for a shorter period) Democratic Left (DIMAR).