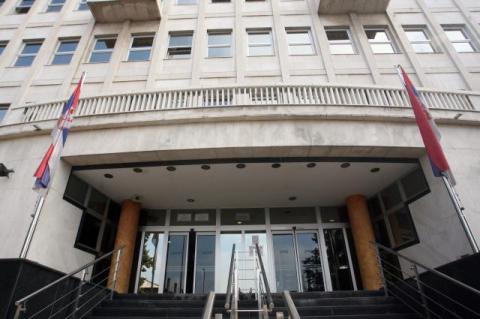 The Special Court in Belgrade has acquitted former Economy Minister Predrag Bubalo and others that stood trial in the Port of Belgrade case.

B92 learned this on Tuesday.

The group was charged with abuses committed during the 2005 sale of state-owned shares in the Port of Belgrade (Luka Beograd) company to Luxembourg-based Worldfin, whose owner is businessman Milan Beko.

Beko, who also followed the closing arguments of the prosecution and of the defense, was in the courtroom today for the reading of the verdict.

The Prosecutor's Office for Organized Crime has the right to appeal against the judgment.

In addition to Bubalo, others acquitted of charges of abuse of official position include executive directors of the Privatization Agency Miodrag Djordjevic and Goran Mrdja, Director of the Capital Market Center Aleksej Misailovic, Director of the Shareholders Fund Aleksandar Gracanac, and Director of Fund's Sector for Analysis, Preparation and Organization Jasmina Dragutinovic.

The former CEO of Luka Beograd AD Miroslav Drobac and the company's former financial director Dusan Kosovac have been acquitted of abuse of office.

The prosecution charged that Bubalo misused his official position because he, as minister, failed to supervise the sale of the company's shares, which went for less than their economic value, incurring damage worth several million euros to the state.

The trial of Bubalo and others began in July 2014, when the former minister presented his defense in detail and denied that he had abused his official position.

Milan Beko, who was a witness in the trial, said during the proceedings that the acquisition of Port of Belgrade was "one of the worst deals in his life" and that he regretted entering into it.

In September this year the company announced the sale of some of its assets, and of the property...