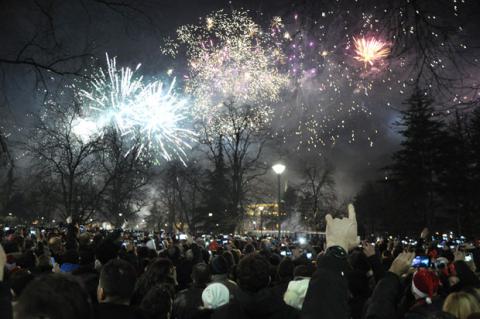 2018 has been welcomed with outdoor concerts and fireworks in several Serbian towns.

2018 has been welcomed with outdoor concerts and fireworks in several Serbian towns.

According to police, 40,000 people gathered in Belgrade's Nikole Pasica Square, to ring in the new year without any major incidents.

The celebrations were peaceful elsewhere in the country as well.

In Belgrade, the bands Balkanika and Riblja Corba, as well as folk singer Aca Lukas entertained the revelers, who also enjoyed a fireworks display.

The police were out in force ahead and during the celebrations, shutting down traffic in nearby streets and putting up concrete barriers in some places.

Concerts and fireworks were organized in other towns, including Nis, Jagodina, Zajecar, Pancevo, and Novi Sad.