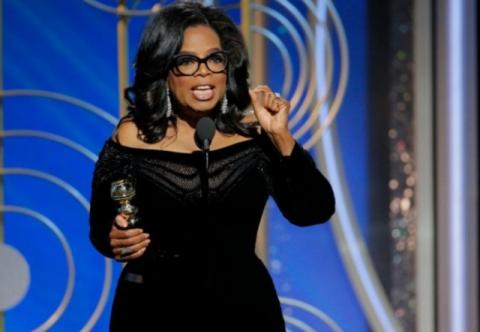 The well-known American TV host Oprah Winfrey would easily win a victory over Donald Trump if the presidential elections scheduled for 2020 are held now. This is the result of a poll by the Rasmussen Rats sociological agency, quoted by BTA.

Nearly half of voters or 48 percent would vote for Oprah compared to 38 percent for Trump. Another 14 percent said they still have no opinion on this issue. The study covered 1,000 people and the probability of error is up to 3 percent. Winfrey would have the support 76 percent of Democrats, 22 percent of Republicans and 44 percent of voters who are not among the leading parties. Their vote for Trump would give 66 percent to Republicans, 12 percent to Democrats and 38 percent to "independent" voters.

Most women - 52 percent - would prefer the TV host as head of the White House. The poll also shows that the first billionaire of African-American background would generally vote voters up to 40 years of age. Winfrey has her own studio, a TV channel and a magazine.

Earlier, her close friend, television host Gail King, told CBS TV that Winfrey was "intrigued" by the idea of ​​competing in the presidential election. The American media began discussing the likelihood that the 63-year-old star would join the White House race after her speech at the Golden Globe Awards ceremony on Sunday.