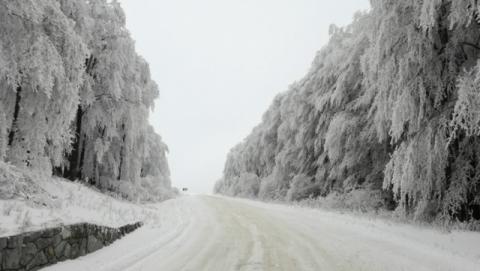 Successful completion of the rescue operation in the Balkans. The people in trouble in their cars in Stara Planina - between Shipka peak and Buzludzha peak, are saved. They turned out to be 6 young people from the town of Radnevo who came to Buzludzha Peak to have fun with their cars in the snow.

Despite the explicit prohibition of passing along the panoramic road Shipka - Buzludzha, they have entered and have got stuck. One of the young people called their parents to ask for help. The mother and father of the boy left, but they also found themselves blocked in the nightlife. Thus, the total number of people in the region between Shipka peak and Buzludzha peak is 8 people. The parents send a signal to 112.

In the early hours of the day, the special equipment campaign was organized. Initially, a fire car headed for Shipka, but snagged in the snow. Another managed to reach people through Buzludzha. "Fortunately, everything was completed successfully, there were no injuries among the young people, but the recklessness of these young people cost a lot of financial and human resources of several institutions," said Stara Zagora District Director Iliya Zlatev, quoted by BGNES.