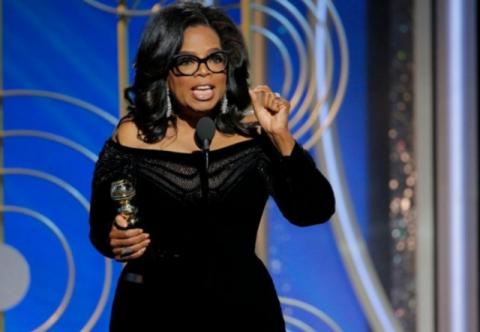 Media mogul Oprah Winfrey has no interest in running for U.S. president in 2020, she said in an interview with InStyle magazine published on Thursday after weeks of speculation and calls to run fueled by a speech she made at the Golden Globes, according to Reuters.

"It's not something that interests me ... I met with someone the other day who said that they would help me with a campaign. That's not for me," Winfrey said.

Winfrey, who is known by millions on first-name basis, first rose to fame as the host of a television talk show, using it to build a media empire that spans magazine publishing, movie and television production, cable TV and satellite radio. Born into poverty, she is now one of the world's wealthiest women.

Winfrey has long been associated with Democratic Party politics and fundraising and has raised millions of dollars for various causes. Unlike every U.S. president before Donald Trump, she has no prior political or military experience.

Winfrey's longtime partner, Stedman Graham, said to the Los Angeles Times that she would run for president. Trump said he could beat her in the 2020 election.