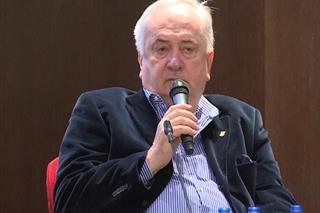 BELGRADE - Hooligans are a major problem for Serbian society and the only way to deal with it is to impose severe penalties for offenders according to the principle once introduced by former British PM Margaret Thatcher, Olympic Committee of Serbia President Bozidar Maljkovic said at the "Fair Play, Fair Life" conference Wednesday.

It is very important to discuss this problem because the situation is very bad, he said, noting that he wanted to believe the police and the judiciary were working on this in the right way and with maximum effort.