NATO will Build a New Command Center in Germany 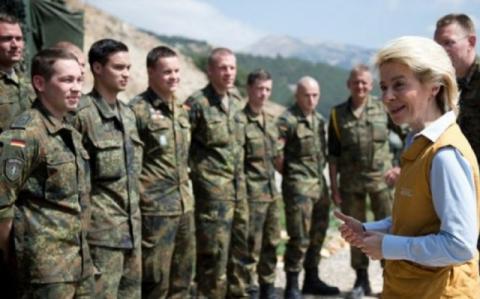 NATO plans to build a new planning, logistics and command center that will be on German territory, DPA reported.

The initiative is from the German Defense Minister Ursula von der Leyen. The new center will be located in the Cologne-Bonn region, North Rhine Westphalia.

The place is suitable because there is the headquarters of the Bundeswehr united forces.

The new center will have "several hundred people," and it will not be integrated into NATO's command structure and will also be used for internships. A formal decision on NATO's German center will be taken next week.