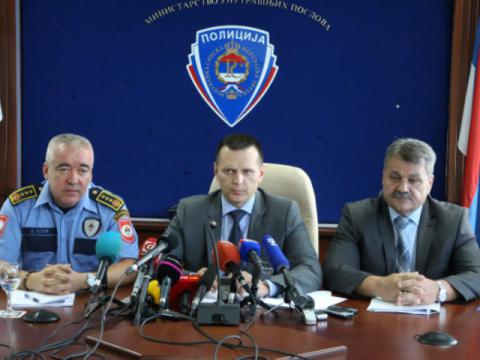 Moves by the authorities in Bosnia's mainly Serbian entity to beef up the entity's police force have caused jitters in the deeply divided c0untry.

Quantities of automatic weapons will be delivered to the Republika Srpska Ministry of the Interior only a few days before a new training centre for RS police will open, where specialists from Russia will run the training, the Bosnian news site Zurnal reported on Friday.

According to Zurnal, the police force in this entity will now have far more weapons than the other entity in Bosnia, the Federation of Bosnia and Herzegovina.

Each of Bosnia's two entities, the Federation of Bosnia and Herzegovina and Republika Srpska, has its own police and interior ministries.

The purchase of the new weaponry has caused tensions, following repeated threats by RS President Milorad Dodik to go for independence from Bosnia.

The President of Republika Srpska, who also heads its ruling party, the Alliance of Independent Social Democrats, is a close ally of Russian President Vladimir Putin, who he has met many times.

Some fear that the new training centre might act as a hub for Russian influence and operations in the country.