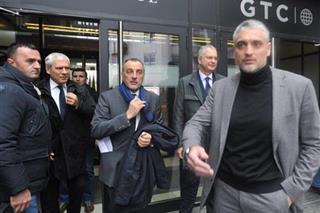 BELGRADE - European Enlargement Commissioner Johannes Hahn spoke with officials of a number of Serbian opposition parties at the seat of the EU Delegation to Belgrade on Thursday.