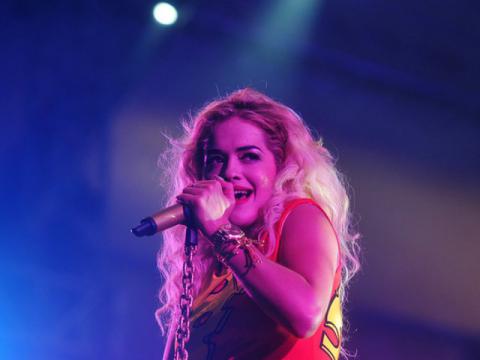 Rita Ora, who was born to Kosovo Albanian parents in Pristina, will headline one of the biggest events being staged from Thursday to Sunday to mark the tenth anniversary of Kosovo's declaration of independence.

"I am so excited to be joining all of you in Kosovo to celebrate the 10 year anniversary of Independence on Feb 17!" Ora wrote on Twitter on Wednesday evening.

The concert will be held on Pristina's Skanderbeg Square, starting at 8pm on Saturday with performances by local singers and DJs, with Ora due to take to the stage at 10pm.

Ora was named an honorary ambassador for Kosovo in 2015 by the former President Atifete Jahjaga at the Kosovo embassy in London.

Saturday's events will start with a ceremonial meeting of the government and a ceremonial parliamentary session.

At 11am, after the raising of the flag, Kosovo Police and Kosovo Security Force units will march in Pristina's main Mother Theresa and Zahir Pajaziti squares.

This will be followed by an aerial show by parachutists at 12 pm.

The independence anniversary celebration will start on Thursday, when among other events, the ABC cinema will screen the Kosovo-Dutch co-production film Unwanted, which raises one of the most sensitive war-related issues in Kosovo, that of rape.

Another high-profile film, Babai, which was nominated by Kosovo for the Academy Awards in 2015 will be screened on Saturday.

On Friday there will be a concert by prize-winning classical guitarist Petrit Ceku from the western town of Prizren and Albanian violinist Klaidi Sahatciu, organised by the French Embassy.

The agenda closes on Sunday with a state reception held by President Hashim Thaci, while at the memorial complex of the Jashari family in Prekaz,...