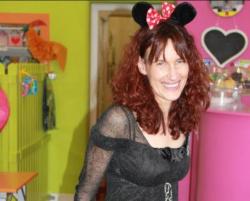 Nessie Peeva. She and her husband were found murdered in their Cape Town home. Image: Nessie Peeva via Facebook

A Bulgarian facing charges relating to a credit card fraud syndicate was "executed" with his wife at their Cape Town home.

Police said they found Angelo Dimov and his second wife‚ Nessie Peeva‚ in Bergvliet‚ in the southern suburbs‚ with gunshot wounds to their heads. A police source said they were "executed" and laptops and cellphones had been stolen.

Dimov was fighting charges relating to credit card fraud in the commercial crimes court in Bellville and was being represented by Cape Town lawyer William Booth.

Booth said he did not want to comment on the incident as it was a police investigation but he said they were trying to help the couple's six-year-old daughter.

The girl was in Grade 1 and it is understood the alarm about the murders was raised when her parents did not arrive to collect her from aftercare on Monday.

Neighbours said they did not hear anything on the night of the murders despite a family dog also being killed by a gunshot.

Peeva was the owner of The Cake Witch‚ making novelty cakes for birthdays and weddings. She worked at a well-known restaurant in Newlands before meeting Dimov.

A family friend said Peeva's company was successful but she did not know anything about her husband's business. He spent a lot of time out of the country‚ she said.

TimesLIVE has established from a source close to the family that Dimov's 27-year-old son from his first marriage was staying in a cottage in the couple's garden.

He was seriously injured in a hit-and-run motorcycle accident last December and spent time in a coma before going to Bulgaria to recuperate. He only recently returned to South Africa.

A friend said Peeva did not have a wide social circle and often left functions she attended with Dimov...