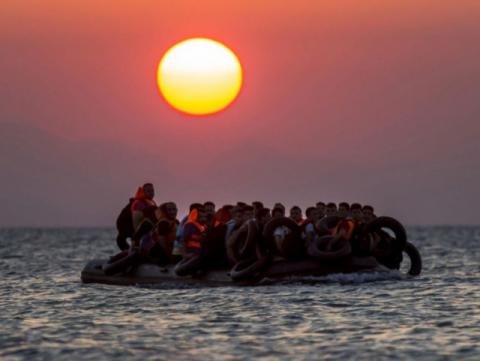 17 Turkish officials have asked for political asylum in Greece after sailing with an inflatable boat to a Greek island, RIA Novosti reported.

The Greek Coast Guard reported that 17 people had arrived on the island of Inousse, then transferred to Chios island and were handed over to the port authorities.

According to Greek media, the arrivals were Turkish officials and judges who claim to be threatened with imprisonment because they are being persecuted by the Erdogan regime. All are accommodated in a refugee and migrant reception center for registration.
A day ago a 37-year-old Turkish woman, together with her two children aged 3 and 11, drowned in the Maritsa River when she tried to flee to Greece because she feared persecution by the Turkish authorities.

Praise where praise is due

The endurance of democracy