Bulgarian Was Appointed For Director General of Eurostat 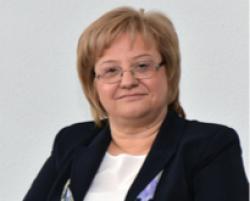 Prior to joining the European Commission, Ms Kotzeva was the Head of Bulgaria's National Statistical Institute. She also held a number of high-level consulting posts in the Bulgarian and foreign administrations, and led international projects for the United Nations and the World Bank.

Ms Kotzeva has a Master's degree in economics and a PhD in statistics and econometrics. She is an Associate Professor of Statistics at the University of National and World Economy in Sofia.

Climatologist: News about Winter in Bulgaria Is Disappointing

Live: What are the Challenges and Opportunities for Climate and Green Deal Policies