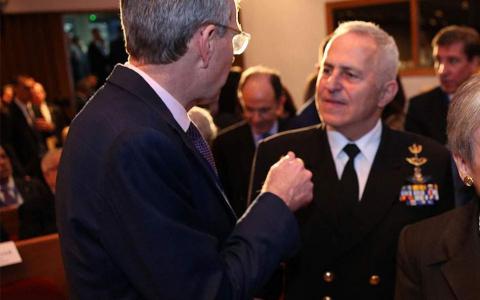 "The Hellenic Armed Forces constitute a guarantee for defending territorial integrity, offering a reliable prevention capacity, particularly as Greece continues to face the provocative actions of Turkey in the Aegean, by reacting with prudence and calmness," Apostolakis stated at the Delphi event.

He added that the Greek army has created a strong axis of cooperation for security and stability in the broader region.

The Eastern Mediterranean, Apostolakis commented, remains the most sensitive region of the planet, with the chronic crises in Syria and Libya, various civil conflicts, as well as refugee and illegal...