UN to implement adjustments to its Cyprus peacekeeping force 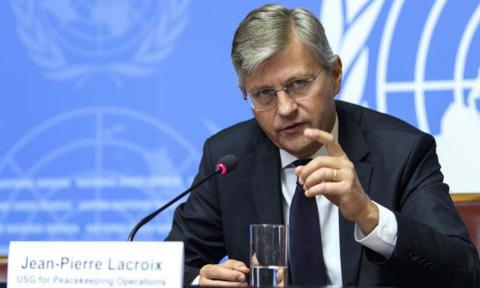 The chief of United Nations peacekeeping operations says the world body is moving ahead with "certain adjustments" to its force in Cyprus that will make it more effective in fulfilling its mission to keep tensions low on the ethnically-divided island.

Jean-Pierre Lacroix said after talks on Friday with Cyprus President Nicos Anastasiades that in light of a recent operational review, the UN is certain that the 1,100 strong force will be "fully equipped and resourced" to meet its mandate.

Lacroix didn't specify what those adjustments will be.

The UN's Cyprus mission is one of the oldest, first deployed in 1964. Since the island's division in 1974 when Turkey invaded, the force has been patrolling the 180-kilometer long cease-fire line.
(AP)