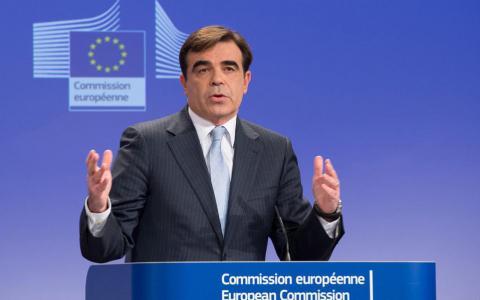 The European Commission hopes that an incident between Greece and Turkey that has resulted in the arrest of two Greek soldiers who accidentally crossed into Turkish territory on Thursday will be resolved in a "swift and positive" manner.

Speaking to the press at a regular briefing in Brussels on Tuesday, Commission spokesman Margaritis Schinas said the Commission is aware of "an incident on the border between Greece and Turkey which resulted in the arrest of two officers of the Hellenic Army, now imprisoned and awaiting trial in Turkey."

"We in the Commission hope for a swift and positive outcome of this issue in a spirit of good neighborly relations, as should always be the case between two close neighbors who are also members of NATO," Schinas added.