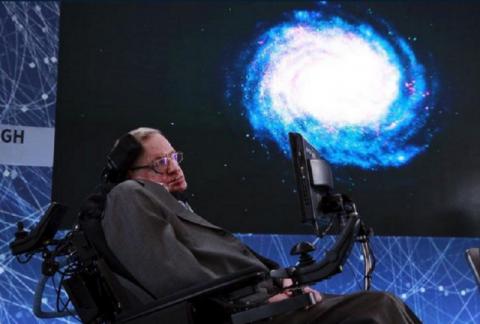 The world-renowned British scientist Stephen Hawking says he knows what happened before the Big Bang and the birth of the universe, the BNR reported.

In an interview with National Geographic, he states: "Nothing happened before the Big Bang According to Einstein's General Theory of Relativity, time and space merge and form a single spatial-temporal continuum curved by the energy and the matter in it. An approach to quantum gravity to describe the beginning of the universe, so ordinary time is replaced by imaginary time that acts as the fourth dimension of space, the Euclidean space-time is a closed space without end, the surface of the Earth, it can be assumed that the imaginary and real time begins at the South Pole, nothing to the south of the South Pole exists, so there was nothing before the Big Bang.

Hawking believes that at the Big Bang, which took place 13.8 billion years ago, the time itself emerged. Prior to this phenomenon, nothing was in line with our notions of existence, the National Radio adds.

Professor Hawking once again mentioned the dangers humanity faces with the development of artificial intelligence and the need to find a new planet for the continuation of the human species.