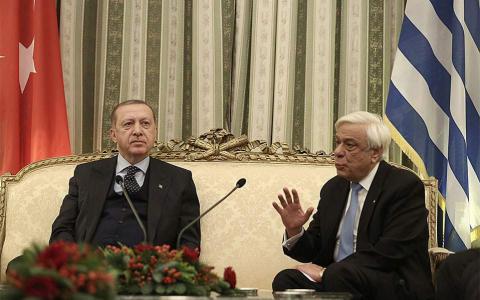 Ankara has responded to comments made by Greek President Prokopis Pavlopoulos on Monday during a ceremony naming him an honorary resident of the Municipality of Pydna-Kolindros in Pieria, northern Greece, saying they were "not befitting his position."

In a call on Turkey to respect its international commitments, Pavlopoulos had said that "Greece may not have the territory that we would be entitled to historically, but… [it] has a voice and standing in the European Union."

Greece, the president said, wants to have "good neighborly relations" with Turkey and supports the country's European ambitions in so far as Ankara exhibits "full respect for the totality of international and European law… and particularly the Treaty of Lausanne and the Law of the Sea."

Pavlopoulos was referring to recent calls by Ankara for an "update" of the treaty delineating the borders...