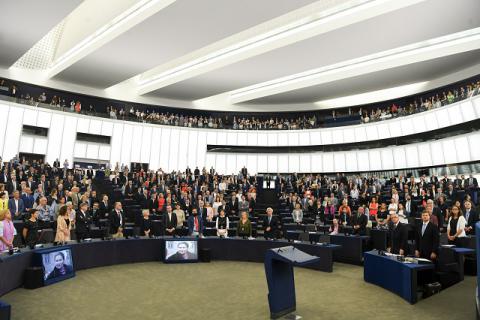 The European Socialists and Democrats in the European Parliament will not exclude Romania's Social Democratic Party - despite several members of the group criticizing Romania's ruling party and its allegedly illiberal justice policies.

"We have had no discussions on excluding them," a spokesperson from the centre-left group in the European Parliament told BIRN.

The spokesperson said the group is maintaining dialogue with Romania's Social Democrats, and "we don't see a threat to the rule of law or the independence of the judiciary in Romania".

Ivan noted that Romanian Social Democrat leader Liviu Dragnea did not participate in meetings of the European Socialists and Democrats, had not gone lately to Brussels and did not keep in touch with the leadership of the Party of European Socialists.

He said that until the party came back to its original principles, relations would likely remain cold.

Early in March, Romanian Social Democrat MEPs voted against a resolution proposed by their Socialist colleague Claude Moraes to impose sanctions on Poland for its illiberal policies and threats to rule of law.