Interview with Hristina Dushepeeva, a Bulgarian Student in Seoul who Participated in the Organisation of the Olympics 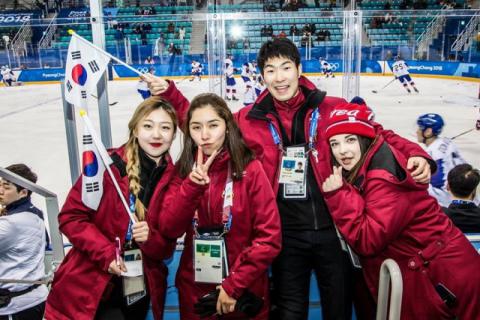 Recently I found out that a dear friend from high school is participating as an organiser in the Winter Olympics in PyeongChang. I messaged her and soon came up with the idea of making a whole interview not just about this recent adventure of hers but the story of how she went to study in South Korea and her life there.

She is Hristina Dushepeeva and is 23 years old, born in the beautiful coastal city of Burgas, which is located in Bulgaria. Hris has been living in South Korea for two years now and is currently a sophomore at the School of Business in Yonsei University, Seoul.

Novinite: Hello, Hris, I am curious what is the thing that attracted you to South Korea in the first place?

Hristina: I have always been interested in foreign languages and culture. However, the first thing that attracted me to Korea specifically was a movie I watched when I was in high school. It was about the Korean war and I found it both very saddening and interesting how one country that shares the same values, traditions and language can be divided into two - North Korea and South Korea. Then, after reading more about the culture, I decided that learning an Asian language might be an advantage in Bulgaria, since not many people speak such languages. So, when I was in the 11th grade I decided I would apply for the Korean studies department in Sofia University.

Novinite: So you studied in Bulgaria for a while? Can you tell me more about that?

Hristina: Studying Korean studies is challenging not only because of the specifics of the language, which is very different than Bulgarian (or English for that matter). The culture also has many elements that are not shared...