Around 4,000 Bulgarians Take Cruises Every Year 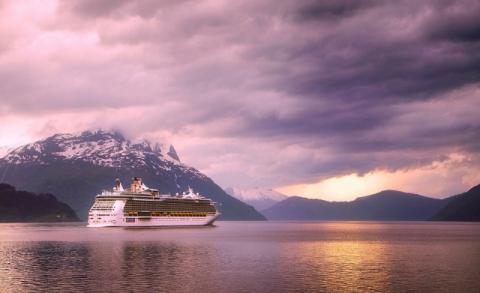 Around 4,000 Bulgarians take cruises every year, Rumen Draganov, Director of the Institute for Analyzes and Assessments in Tourism, said.

In his words, a little more than half of them, more than 2,000 of our compatriots choose the Mediterranean, and the rest travel to other parts of the world like the North Sea East and West Coast of the United States, the Caribbean, the Indian Ocean and Alaska, Monitor reported.

The cheapest trips are those in the Mediterranean. Even there are day cruises, during which we can go to a few Greek islands. Of course, there are also night cruises which can take us to the Adriatic, where we will also have the opportunity to see Venice in addition to the Greek cities and islands like Kotor, Corfu, Athens, Mykonos. It all depends on our preferences and the cities or places we want to sail. The average price is about 700 euros per person.

The North Sea also appears to have a lot of interest. The trip starts from Southampton, England and reaches the coast of Norway, where the vessel will land in cities like Bergen, Gajranger, Olesun, Sölden and Stavanger. Such pleasure, however, would cost us between EUR 800 and 900 per person for 8 or 11 nights and in the standard or so-called mass segment ships.

The next cruise ship, which will land at a Bulgarian port, is expected only in May 2019. According to the plan, the vessel should arrive in Varna, when the port celebrates its 115th anniversary.

However, no liner will approach the Bulgarian coasts this year. The main reason for this is the geopolitical situation in the Black Sea over the past few years - the conflict in Ukraine, the terrorist acts and the military situation in Turkey, as well as the increased fees for crossing the Bosphorus.