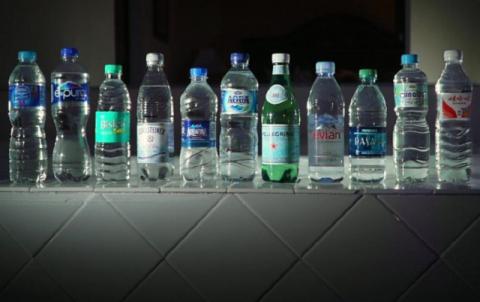 Miami (AFP) - The world's leading brands of bottled water are contaminated with tiny plastic particles that are likely seeping in during the packaging process, according to a major study across nine countries published Wednesday.

"Widespread contamination" with plastic was found in the study, led by microplastic researcher Sherri Mason of the State University of New York at Fredonia, according to a summary released by Orb Media, a US-based non-profit media collective.

Plastic was identified in 93 percent of the samples, which included major name brands such as Aqua, Aquafina, Dasani, Evian, Nestle Pure Life and San Pellegrino.

"In this study, 65 percent of the particles we found were actually fragments and not fibers," Mason told AFP.

Particle concentration ranged from "zero to more than 10,000 likely plastic particles in a single bottle," said the report.

Even smaller particles were more common -- averaging about 325 per liter.

Other brands that were found to contain plastic contaminated included Bisleri, Epura, Gerolsteiner, Minalba and Wahaha.

Experts cautioned that the extent of the risk to human...