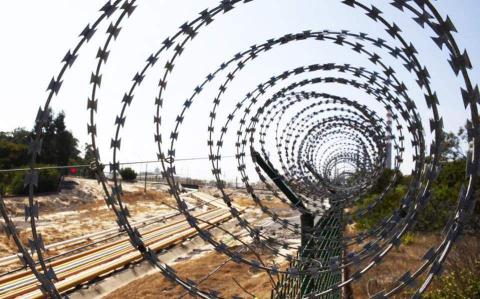 A Turkish man who crossed the Greek-Turkish border late on Monday apparently while under the influence of alcohol was given a suspended four-month prison sentence on Tuesday after appearing in a court in Orestiada on charges of illegal entry.

According to sources, the man told the Greek court that he had planned to travel to Sweden to see his wife and children.

He is to remain in detention until his deportation in the coming days.

According to local reports, the 41-year-old had been in the border area with another three people late on Monday when they started running toward Greek territory.

Greek border guards fired warning shots in the air, prompting the other three to stop, but the 41-year-old continued over the border and was picked up by a Greek police patrol...