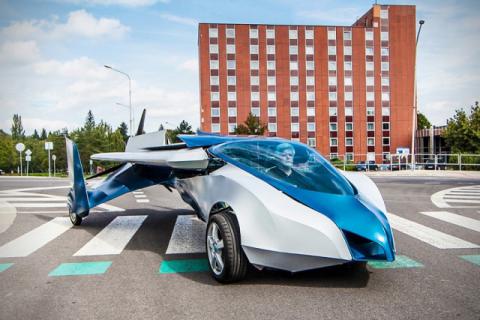 TOKYO (Jiji Press) — The Economy, Trade and Industry Ministry on Monday launched studies to put flying cars into practical use.

The ministry intends to promote technological development and work out legislation through public-private cooperation for such futuristic vehicles, ministry officials said.

An advisory panel will hold in-depth discussions on flying cars, hoping to compile a road map toward envisioned practical use in the 2020s, they said.

A flying car is defined as an autonomous vehicle that can take off and land vertically. Typically, it is taken to mean something smaller than an airplane or helicopter and larger than a drone.

Japan is lagging behind in the race to develop flying cars. Companies in Europe, the United States and China, such as European aircraft maker Airbus SAS and U.S. ride-hailing company Uber Technologies Inc., have already launched development projects.

Competition among governments is also intensifying. Singapore and the United Arab Emirates provide sites for demonstration tests of such vehicles.

Flying cars could help ease urban traffic congestion. They could also be used in disaster relief activities and as a means of transportation to and from remote islands.

At the day's meeting of the panel, however, a participant said it looks difficult for flying cars to be in popular use soon.