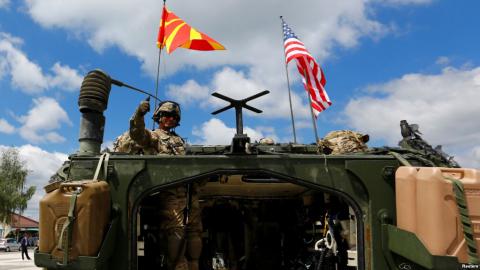 Russia has warned FYROM (Macedonia) of the negative consequences of its accession to NATO for regional security and bilateral relations, the Russian Foreign Ministry said on Tuesday following a meeting between Russian Deputy Foreign Minister Alexander Grushko and Macedonian Ambassador to Russia Goce Karajanov.

"The sides shared their positions on the situation in the Balkan region," the Russian ministry noted.

"The Russian side stressed that the plans of drawing the Republic of Macedonia into NATO may have negative effects on regional security and bilateral relations."

The sides confirmed the intention to continue cooperation in the spheres of mutual interest.

"They stressed the importance of renewing the activity of the Russian - Macedonian Intergovernmental Commission on Trade, Economic, Science and Technical Cooperation," the Russian Foreign Ministry...