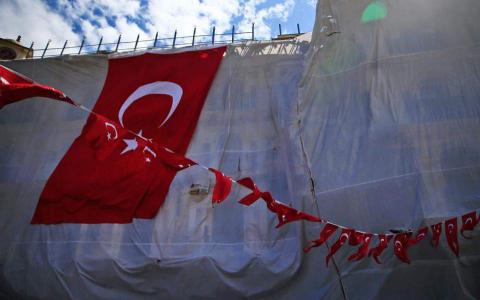 Ankara's Foreign Ministry on Friday said that Thursday's condemnation by European Union leaders of "Turkey's continued illegal actions in the Eastern Mediterranean and the Aegean Sea" was "unacceptable."

"The statement that was issued contained unacceptable comments against our country that serve the interests of Greece and the Greek Cypriots," Foreign Ministry spokesman Hami Aksoy was quoted by Agence France-Presse as telling reporters.

His comments came a day after a draft statement by the European Council called on Turkey to "cease these actions and respect the sovereign rights of Cyprus to explore and exploit its natural resources in accordance with EU and International Law."

"The EU has lost its objectivity on the Cyprus issue," Aksoy claimed, accusing the EU of backing Athens and Nicosia simply because they are members, "without considering whether they are...

Turkish official briefs US envoy on situation in Idlib