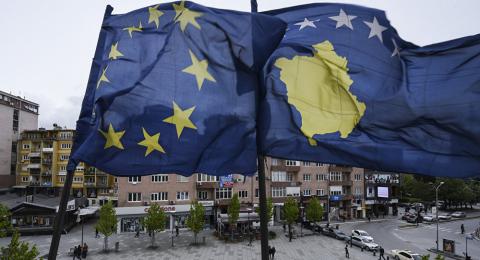 Serbia has received an ultimatum - "to recognize Kosovo in exchange for the Community of Serb Municipalities (ZSO)."

According to the media, the Serbian president "received such an offer" from diplomats in Berlin, Paris, London, and Washington - while this has been "confirmed to him" these last days during the meetings in New York City.

Serbia's Minister for EU Integrations Jadranka Joksimovic spoke about this for the broadcaster:

"What's more important is that Serbian President Aleksandar Vucic has demonstrated a responsible policy, statehood and resolve in all relevant places and forums, with everyone involved in the process. He presented the position of Serbia, which is important, and although he has not been met with understanding and flexibility, that does not mean that Serbia has no valid arguments and that the voice of Serbia is not being heard."

Second part of the "greeting card": A "non-paper" prepared for Serbia