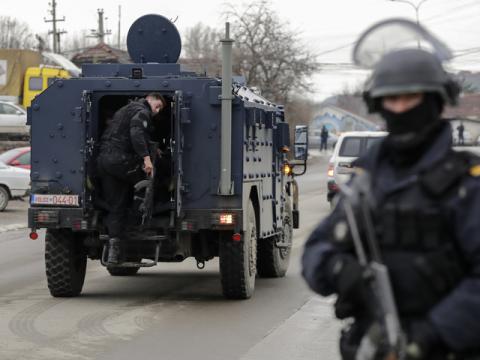 Goran Rakic, the president of the main Kosovo Serb party, Srpska Lista, said on Tuesday that an Association of Serbian Municipalities will be set up independently from Pristina and that the party will leave the Kosovo government.

"We informed President Aleksandar Vucic of this, and he said we have his support," Rakic said after meeting Vucic in Belgrade, adding that the Association will be formed on April 20.

The decisions came in response to Monday's arrest and deportation of the director of the Serbian government's office for Kosovo, Marko Djuric.

The establishment of the Association of Serbian Municipalities to represent Kosovo Serbs' interests was envisaged by the Brussels agreement signed by Belgrade and Pristina in 2013, but the idea has been on hold since then.

After Vucic's meeting with Srpska Lista, Djuric avoided the question whether Serbia will leave its ongoing EU-sponsored dialogue with Kosovo in Brussels, which is aimed at normalising relations.

"I think that both sides showed with their actions what they think about the dialogue," Djuric said.

He claimed that the actions of the Kosovo police represented an attempt to take over the Serb-populated north of the country, where he was detained on Monday.

Kosovo Prime Minister Ramush Haradinaj told media on Tuesday that the breakup of the governing coalition with Srpska Lista will not provoke snap elections, and that he will not quit his post over the issue.

"I do not plan to resign, I plan to continue working… I will continue with those who want a partnership," Haradinaj said after a meeting of Kosovo's Committee for National Security.

Bulgarians Can Now Travel to Italy Without Restrictions

Calls for compliance with health measures, arrests for anti-maskers

Ljubljana turning into City of Women