BAS Forecast: About 25% of the Bulgarian Population will Disappear by 2040 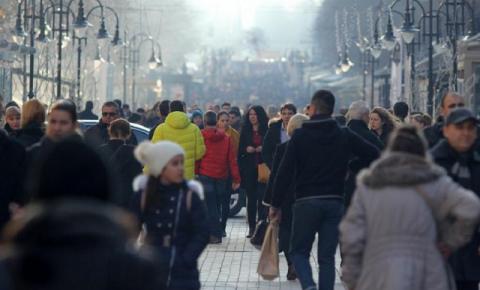 About 20 to 25 percent of the Bulgarian population will disappear by the year 2040 - this is what the Bulgarian Academy of Sciences forecasts for the demographic development of Bulgaria, the study will be presented by the government at the parliament.

The document was prepared by the Institute for Research of Population and Human on the basis of a comparison of official forecasts by Eurostat, the National Statistical Institute, the United Nations and the World Bank.

There is also a tendency for population decline in almost all areas except Sofia, and this process is expected to continue throughout the 2040s.

According to Eurostat, there are also other European countries, such as Lithuania, Latvia, Romania, Greece, Portugal, Poland, Hungary, with a predominantly declining population.

The projected results show that, despite the expected improvement in mortality and birth rates, the country's population may have reached the so-called "backward growth momentum".

Due to its effects, even if the birth rate is increased to the level necessary for simple demographic reproduction, the projections are that the absolute population will continue to decline.