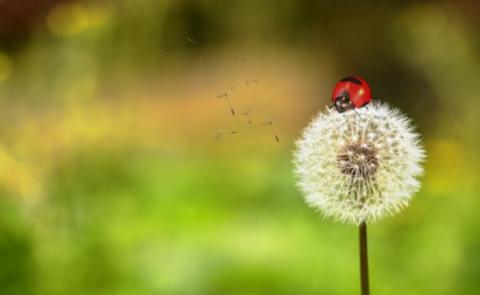 The lowest temperatures in April in Bulgaria will be between -1 and 4 degrees, and the highest - between 28 and 33 degrees, said Mariana Popova - a meteorologist from NIMH-BAS, reported BTA.

According to her in April this year, the average monthly temperature is expected to be around and above the norm, which for the vast part of the country is between 11 and 13 degrees, on the Black Sea coast and in the high fields - between 9 and 11 degrees. in the mountains - from -5 to 2 degrees.

On April 1, a cold atmospheric front will pass through the country and temperatures will drop for a short while. There will also be precipitation of rain, in places with thunder. Consequently, the atmosphere will stabilize and the probability of precipitation is small. There will be a southwest transfer and will be warm again.

Most days from the first ten days of April temperatures will be higher than usual. Around Easter, however, the probability of precipitation will increase, and at the very end of the ten-day period temperatures will drop.

In the second ten days

the temperatures will be close to the average for the period. The weather will be variable, there will also be precipitations, in places with thunder. In the period 15-18 April, there will be a probability of a more widespread and temporary intensive rainfall. On some days, in clear and quiet weather, morning temperatures will remain close to 0 degrees and there is a risk of frost.

And during the third ten days

April is more likely to keep the dynamics of the atmosphere. There are...